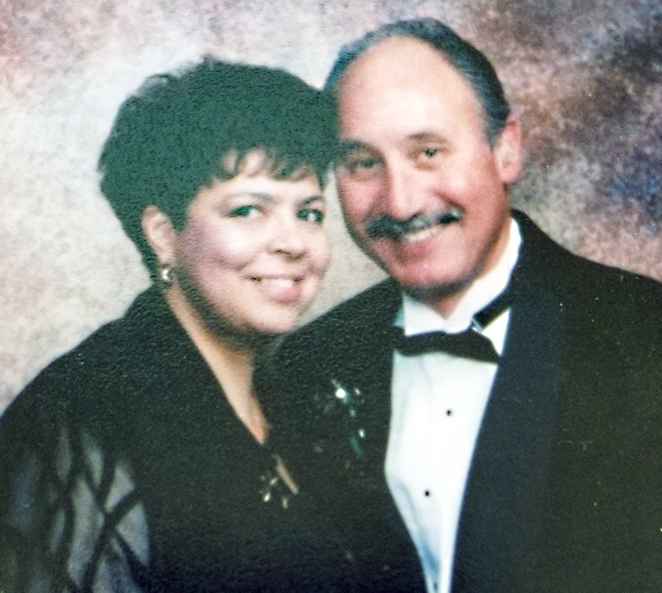 First, I’d like to thank the Festa Italia Board of Directors for selecting me as this year’s Grand Marshal for the 2019 Festa Italia. It all began in 1899 when my Nanu, Vincenzo Ferrante, immigrated to Black Diamond (Pittsburg) California. He arrived days apart with his half-brother, Pietro Ferrante, who was in Isola de Femina to marry his fiancée, Rosa Enea. While in Pittsburg, California, he fished the waters of the Sacramento River. When Pietro asked my Nanu to come to America, Pietro asked Nanu to bring with him a small pattern of the Lampra net. This net was used by the fishermen in Sicily. This net changed the style of fishing in Monterey Bay over time. Where the gill net had bigger mesh, the Lampra net had smaller mesh. In the early days of fishing, the crews were larger than those used by current standards. There was more physical labor needed, therefore larger crews were needed to haul in the nets, while in today’s fishing industry modern equipment is utilized.

In 1905, Vincenzo arrived in Monterey. Nanu was the youngest half-brother to Giuseppe, Erasimo, Antonio, Pietro and Rosa, sister to Angela. In 1909 Nanu married Giuseppina (Josephine) Lavia-Teresi. They had six children, Oratzio (Horace), Giuseppe (Joe), Antonio (Tony or Dill), Frances, Rose and Angela. My father was Antonio (Tony). My father was the last in his family to marry. In 1940 He married Alberta Winslow, my mother.

My Nanu fished the waters of Monterey Bay in a small fishing boat with a gas engine, not considered safe by today’s standards. During the great depression, my father and his brothers had to fish with my Nanu to help with the family income. In the 1930s Nanu and his three sons purchased a bigger boat called the New Admiral, a 75’ vessel. By this time, many of the fishermen were fishing on large boats called Purse Seiners. The average boat size was about 80’. Most of these boats were built in Tacoma, Washington or the San Francisco Bay area. These bigger boats could carry tons of fish, compared to the smaller fishing boats.

During World War II, many of the large fishing boats were used by the government as patrol boats for the coastal waters to protect against any invasion by foreign ships. Some of the fishermen accepted their boats back from the government at the end of the war, where others received monetary compensation. My father and his brothers decided to build a new boat, so in 1946 the J.V. Ferrante was launched. It arrived in Monterey from the San Francisco Bay. It was a 38’ boat. I remember being in San Francisco and watching the boat slide into the waters.

Growing up in Monterey during the 1940s and 1950s was amazing. Reflecting back to those days, it seems like yesterday. It went by all too quickly. My lifelong friends, John (JJ) Rucello and his cousin, David Rucello, and David’s wife, Cathy Campo, along with many others, have remained friends since our kindergarten days; first at Thomas O. Larkin School and later at San Carlos School.

I said, “Someday I want to have my own boat.” So, when I retired from the grocery business, I bought a 33’ boat and fished on it for several years. It had a different name, which I changed to the J.V. Ferrante in remembrance of my father and his family boat. The original J.V. Ferrante was renamed to the Andrea.

I am so blessed to have a wonderful and amazing wife, Juanita, by my side. She has been my rock. We have two children, Juliet and Vincent. Juliet has three daughters, Amanda, Ashley, and Jessica. Our granddaughter, Ashley, has two boys, Eddie and Sam, our first two great-grandchildren.

Our son, Vincent, and his lovely wife, Christy, have three children also, Madeline, Michael and Joshua. Michael is currently serving our country in the United States Air Force.

It is an honor to serve as Grand Marshal, as when this all started many years ago, my grandmother and her female cousins would pick flowers for the Santa Rosalia. These women were among those who started this tradition in Monterey. I have been a Festa Board member, including directing the parade for many years. It is an honor and privilege to be representing this organization as their Grand Marshal. Ciao!